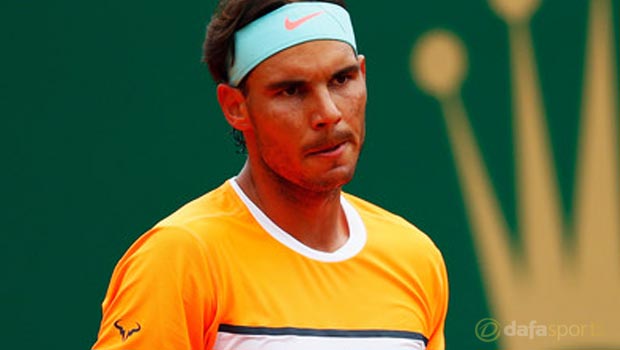 Novak Djokovic was delighted to get the better of Rafael Nadal on clay as he reached his fourth Monte Carlo Masters final, where he will meet Tomas Berdych.

The Serbian world number one and top seed, who last won the event in 2013, was made to work hard for his 6-3 6-3 victory on Saturday as Nadal showed some signs of his best tennis having struggled to rediscover his top form following a wrist injury and an appendectomy in the past 12 months.

Nadal was made to pay when he missed an opportunity to break Djokovic in the seventh game of the opening set because he was broken himself in the next game and went on to lose the set.

The Spaniard battled back to avoid being broken in the first game of the second, but after he finally cracked in the seventh, Djokovic went in for the kill and broke again in the ninth to see out the match.

Djokovic is now looking forward to facing the sixth seed, Berdych, in the final as he attempts to claim a fourth trophy of 2015 and 52nd overall.

However, he acknowledged Nadal, who has been nicknamed the ‘King of Clay’ because of his past dominance on the surface, had given him a tough time on the court throughout.

“I’m very happy with how I played against such a tough opponent. Rafa is the all-time best on the clay, it was not an easy match,” Djokovic said.

“I played well, it was a relief to get this win. There was a lot of tension, it was tough to keep it all under control.

“I know the final with Tomas will be a different kind of match, but I’ll do my best to recover and get ready.”

Djokovic is 1.05 to defeat Berdych in the Monte Carlo Masters final, while he can be backed at 2.20 to win on clay at the French Open and complete the set of Grand Slams.