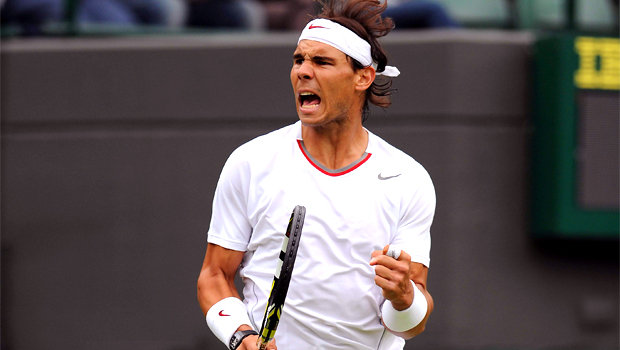 Novak Djokovic says Rafael Nadal is the man to beat when the 2013 US Open gets underway at Flushing Meadows.

The Spaniard has been in scintillating form since returning from injury in February, picking up Masters titles in Indian Wells, Montreal and Cincinnati.

That kind of form makes him the leading fancy going into the New York City showpiece event and world number one Djokovic admits Nadal, who was out for seven months through injury, is the top player of 2013.

“Nadal is definitely back and playing maybe the best tennis that he ever has played on hard courts,” said Djokovic.

The world number one added: “He’s definitely so far the best player this year. There is no question about it. The results are showing everything.”

Meanwhile, defending champion Andy Murray says he has also been impressed with the form of Nadal, who will be looking to win his 13th Grand Slam in Queens.

“It’s hard not to be (impressed),” the Wimbledon champion admitted.

“He hasn’t lost yet because he’s beaten some tough players in tough tournaments, winning the two tournaments back to back in Cincinnati and Canada. I think it’s only been done once before.

“I think Roddick did it once [in 2003], so it doesn’t happen often. It’s not like he’s had easy draws or whatever. He’s beaten some top, top players.”

Nadal is the second seed going into the tournament and begins his bid for a second US Open title against American Ryan Harrison on Monday.