Posted by Daniel Martin on September 8, 2017 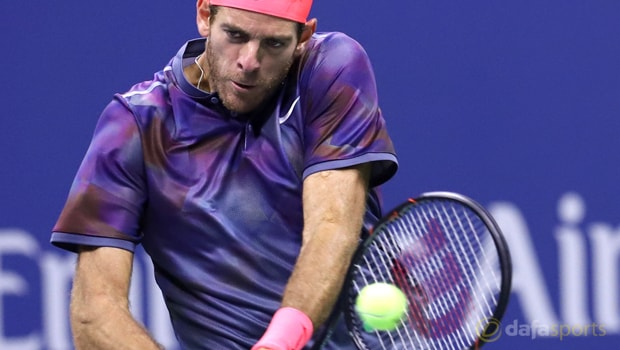 Juan Martin del Potro insists he is ready to unleash his improving backhand on world number one Rafael Nadal when they meet in the US Open semi-finals.

The Argentine is well known for his powerful forehand which he has used to great effect on his run to the last four in New York.

However, Del Potro appears to have been working hard on his weaker backhand throughout the final Grand Slam of the year and that was clear as he saw off Roger Federer in the quarter-finals.

The 24th seed caught Federer by surprise at some key moments and to send the Swiss packing courtesy of a 3-1 victory.

Del Potro now faces the tough task of finding a way past Nadal to book his spot in the final and the Spaniard believes he knows how to come out on top.

Nadal said: “I need to be very focused with my serve and play aggressive, because if you let him play from good positions with his forehand, you are dead, because he plays super-aggressive, hitting so hard.

Del Potro, the 2009 US Open winner, boasts a strong record against Nadal on hard courts, winning five times, and believes he can cause another shock.

Del Potro said: “I’m feeling good. I think my backhand is improving every week which is a good signal for the future.”

Nadal is priced at 1.33 to claim victory and book a place in the final while Del Potro can be backed at 3.20.