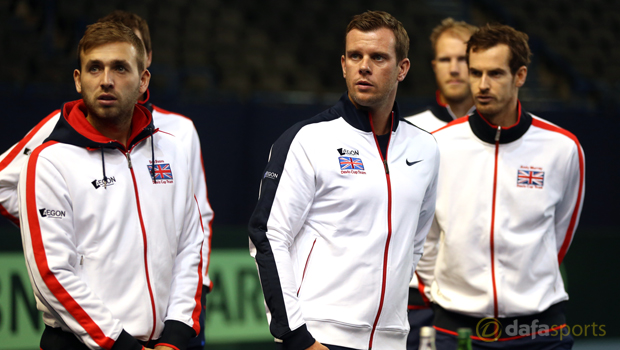 Great Britain Davis Cup captain Leon Smith believes his side have the quality required to defeat Serbia in the quarter-final of the competition.

The defending champions, who defeated Belgium in the final last year to lift the trophy for the first time since 1936, started off their 2016 run with a hard-fought victory over Japan in the first round.

Two-time Grand Slam winner Andy Murray once again played a pivotal role in the team, winning both of his singles matches and the doubles with brother Jamie.

The 2012 Olympic Gold medallist produced an outstanding performance in the final match as he survived a great comeback from Kei Nishikori to record a five-set victory.

GB have now been drawn against Serbia in the last-eight and they will have to find a way to defeat world number one Novak Djokovic if they are going to reach the semi-final.

Italy or Argentina wait in the next round and Smith, who recently signed a new three-year deal to remain as skipper, is confident his team will be able to defeat the Serbs.

“It’s difficult but I’m not sure it can get much tougher than what we played against France at Queen’s Club and their rankings, the depth that they had,” he said.

“Every match is difficult, that’s the nature of the competition, and, at the end of the day, we’re also a very strong team. It’s not easy for them when you look at our list of players now.”

Both Murray and Djokovic will be turning their attentions towards the French Open before the Davis Cup begins again and the duo are priced at 1.75 and 12.00 respectively to win the slam.

Rafael Nadal, who is dubbed the ‘King of Clay’, has been struggling for form over the past year and he is a 4.75 shot to triumph once again in Paris.