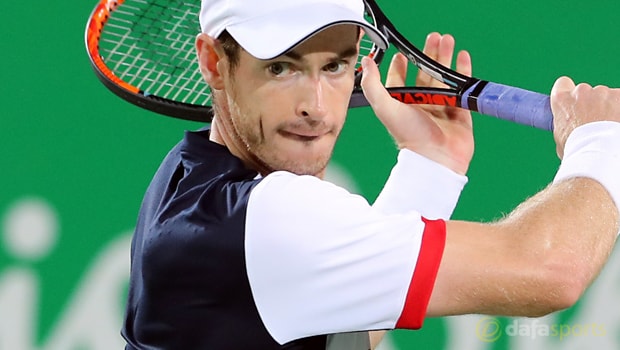 Leon Smith has confirmed that world number one Andy Murray will not feature when Great Britain begin their Davis Cup campaign against Canada this weekend.

The Team GB captain has insisted that Murray is right to give himself more recovery time following last month’s Australian Open in Melbourne.

The Scot had previously suggested he would not be featuring against Canada but Britain could have named in the team ahead of Thursday’s draw.

Smith had previously left the door open for Murray after he intimated he needed time to recuperate.

“It’s the right thing for him to do what he’s doing, stay at home, get some rest,” said Smith.

Murray endured a challenging end to 2016, going on a winning run of tournaments that culminated in him becoming both world number one and ATP Tour Finals champion for the first time in his career.

The three-time Grand Slam winner has been instrumental in GB’s recent Davis Cup successes, inspiring them to a first win since 1936 when they defeated Belgium in the 2015 decider.

Smith insists that he has every confidence in the quartet of Dan Evans, Kyle Edmund, Jamie Murray and Dom Inglot, who will make up Britain’s team for their first-round tie in Ottawa.

The hosts will be missing world number three Milos Raonic who pulled out with an injury, meaning the Canadians are without a top-100 singles player.

“We’ve got so much confidence in what they can do,” Smith added. “We all miss Andy because he is such a great influence on the team both on and off the court.

Like we saw last year [in the match against Serbia when he watched as a spectator], he puts a lot of interest and care into this team.” Great Britain are 8.00 to win the 2017 Davis Cup, while Canada are 17.00.