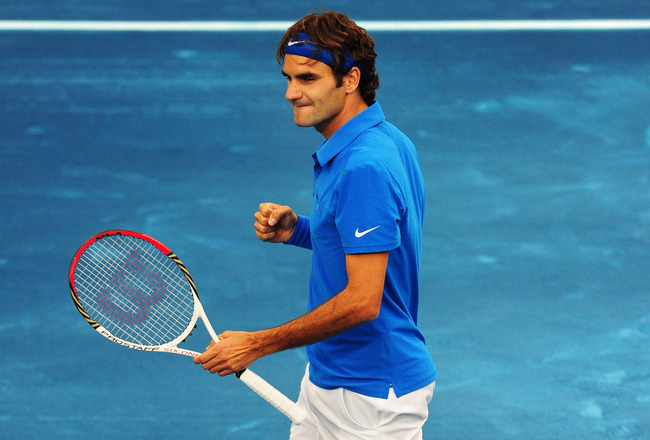 Despite a two-month hiatus, Roger Federer still felt at ease on clay.

The 31-year-old defending champion whipped Radek Stepanek 6-3, 6-3 on Tuesday to advance to the third round of the Madrid Open.

”I’m very happy, because he has caused me difficulties in the past,” Federer said about the 34-year-old Stepanek – who these days is one of the few players on tour older than the Swiss star.

He added: ”If I would be the only guy over 30, it would feel a bit awkward, to be honest.”

In the women’s side, defending titlist Serena Williams moved to the third phase after trimming Lourdes Dominguez Lino of Spain, 6-2, 7-5.

The top-ranked Williams struggled a bit to counter her opponent’s drop-shots and lobs, but stayed on course for a fourth title of the year and 50th of her career.

”It was a really good clay-court tennis match for me,” Williams said. ”I know if I face another opponent like that, I’ll have that experience and I’ll know how to play.”

The second-ranked Federer took a vacation after losing in the Indian Wells quarterfinals on hardcourt to long-time rival Rafael Nadal. But he broke early to take control of the first set. He then broke Stepanek three times in the second, losing his own serve once.

Federer can match John McEnroe’s career tally of 77 titles if he defends the Madrid trophy, having won last year on the criticised blue clay that organizers decided to discontinue.

Like many of his fellow players, Federer said the traditional red surface was better.