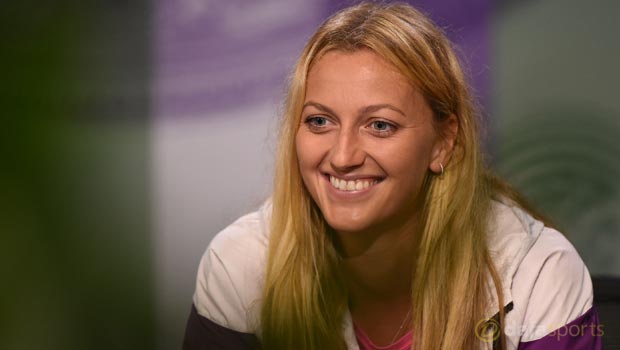 Defending Wimbledon champion Petra Kvitova is happy for Serena Williams to be considered the tournament favourite this year.

The 25-year-old Czech claimed her second SW19 title 12 months ago but many observers feel Williams is on course to secure the top prize this summer, as she bids to win all four Grand Slam crowns in the same calendar year.

Kvitova, who opens her defence against Holland’s Kiki Bertens on Tuesday, believes the world number one can win all the majors this year, but she is also upbeat about her own Wimbledon chances.

The second seed and world number two fell at the quarter-final stage as holder in 2012, but she hopes that experience will aid her bid to defend the title this year.

On Williams, she said: “I think that Serena has a really great chance to do it [win all four Grand Slams in 2015].

“What can I think about it? I mean, it’s great. I think she is a really great champion, she’s always trying to find good form for the important points.

“We’ll see but I think she’s really in a good way.”

On being the defending champion, she added: “I think that everything which came with winning Wimbledon the first time was really difficult to handle.

“For me, before I didn’t really have this kind of expectation. I didn’t know what to expect from that.

“It was really a difficult time but finally I know how I should deal with it.”

Kvitova is 1.07 to win her opener against Bertens and 4.50 to win the tournament outright, with Williams the 2.75 favourite.