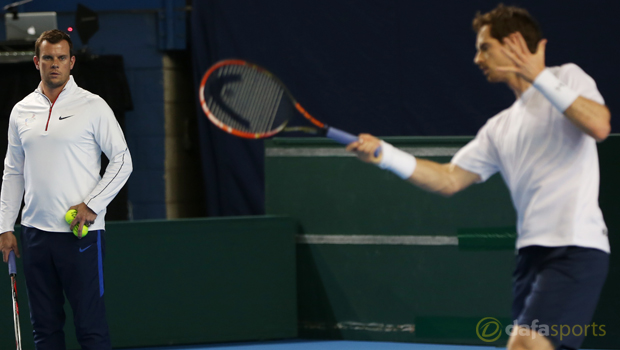 Davis Cup captain Leon Smith admits Great Britain will have a different aura about them in this year’s tournament but he has warned his team they need to be on top form to beat Japan in the opening round.

Led by world number two Andy Murray, the British side won the coveted competition by defeating Belgium in 2015 for their first success since triumphing in 1936 and the 10th title in the country’s history.

It was a stunning victory for Smith’s men, who also overhauled the United States, France and Australia en route to the final, but they will have to deal with the pressure of being defending champions this year.

Britain begin their defence at Birmingham on March 4-6 and they will once again be looking to Murray to guide them to victory against a dangerous opposition.

Japan’s quartet is headed by world number six Kei Nishikori and, although the 26-year-old is yet to win on the ATP tour, he did manage to finish runner-up at the 2014 US Open.

Home advantage could play a huge part in determining the result of the opening round but Smith insists his team must be at their best if they are going to progress.

“We can enjoy going out there with confidence because we are defending champions but we’re very much back to business as usual,” he said. “We can’t underestimate what is a very good Japanese team.”

Britain, despite being the defending champions, are priced at 17.00 to win the 2016 Davis Cup while Serbia, led by world number one and multiple Grand Slam winner Novak Djokovic, are the 3.20 favourites.

France, who were knocked out by Murray and co last year, are a 4.00 shot while Australia are also expected to challenge at a price of 9.00.