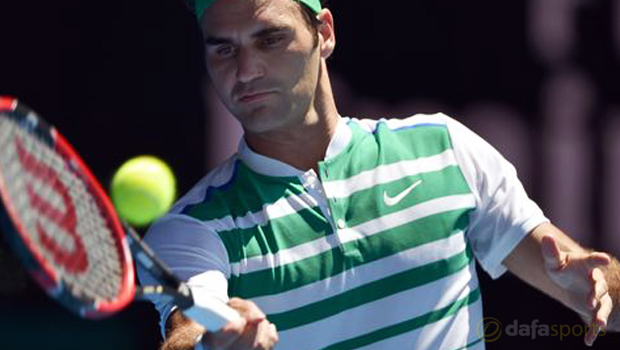 Former world number one and 17-time grand slam champion Roger Federer will face Bulgaria’s Grigor Dimitrov in the Australian Open third round with a chance to earn the 300th Grand Slam success of his career.

The Swiss had little trouble in accounting for Alexandr Dolgopolov 6-3 7-5 6-1 in his second-round tussle in Melbourne, with Federer’s service game looking particularly slick as he dumped the Ukrainian out.

Federer lost in two Grand Slam finals to Novak Djokovic in 2015, coming up just short at both Wimbledon and the US Open.

He says he is relishing the tournament Down Under but easing into round three is the base for his expectations.

“It’s been going very well for me, and I hope to keep it up as long as I choose to play tennis,” Federer told reporters.

“The least I expect is to be in the third round of a slam, so I’m pumped up, playing well, feeling good.”

Federer continued his proud record at the year’s first ‘Slam, and has now made the third round in all 17 appearances at the Australian Open.

Having fired 25 aces past Dolgopolov, the Swiss took real delight in how his service game showed up on what he described as a quick surface on Rod Laver Arena.

“The conditions are extremely quick so you are not going to find that much rhythm out there,” he added. “But I served well and as the match went on I started to feel better and better, but the second set was crucial and I’m glad I got it done.”

Federer is 1.80 to get past Dimitrov in straight sets in their third round clash with the Bulgarian is 6.50 to win the match.