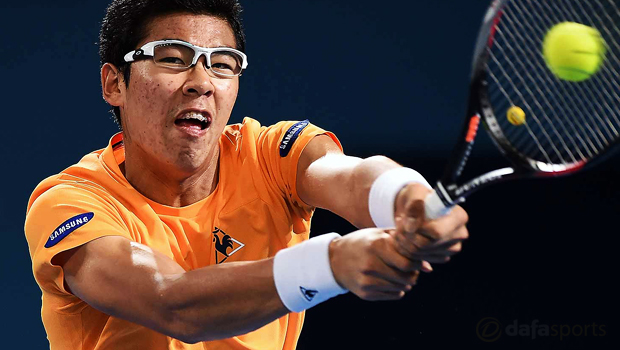 Men’s champion Novak Djokovic eased into the second round of the Australian Open after a comfortable straight-sets victory over South Korea’s Hyeon Chung.

The Serbian was too strong for his teenage opponent in soaring temperatures as he ran out the 6-3 6-2 6-4 winner, with Djokovic going in search of a record-equalling sixth Australian Open crown.

The 28-year-old world number one hit 40 winners as he looks to get his season off to a flying start after securing three of the four Grand Slams last year.

“It’s an absolute pleasure to come back to Rod Laver Arena, it’s the most successful court in my career and there have been many memorable moments in the matches I’ve played here,” Djokovic said.

If he wins Down Under, the pre-tournament favourite will draw level with Australian Roy Emerson’s record of six crowns.
Meanwhile, the defending women’s champion, Serena Williams, was given a tough test before eventually seeing off Italian Camila Giorgi 6-4 7-5.

Williams, who also won the French Open and Wimbledon last season, had been hampered by a knee problem ahead of the Australian Open and so will be relieved to make it into round two without dropping a set.

The women’s world number one, who cut short her 2015 campaign, had not been seen since the US Open last September.

“I haven’t played a competitive match in a really long time so it was good for me to come out here and get through it,” Williams said. “I was able to stay in it and stay calm and that is what matters most.”