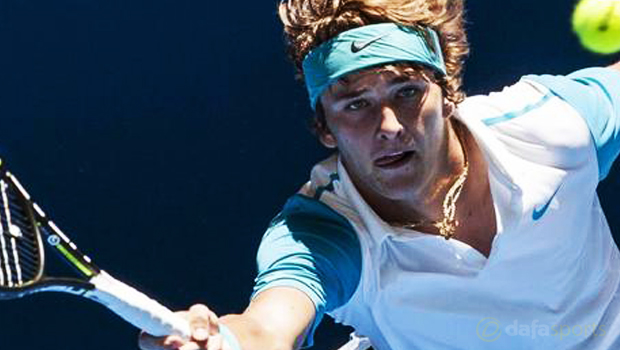 Andy Murray says he must be careful when he faces German teenager Alexander Zverev in the opening round of the Australian Open in Melbourne.

Murray was dealt a boost last week as he avoided being on the same side of the draw as Novak Djokovic and Roger Federer.

The Scot has lost four times in the Australian Open final, including last year’s defeat to Djokovic.

He will be desperate to finally land the title in Melbourne but, for now, Murray is not looking beyond what could prove a tricky opening tie.

Murray beat Zverev 6-3 6-4 in the Hopman Cup last week and he anticipates a tough battle once more in their upcoming clash.

“He’s still filling out his physique but he’s got a very good game and he serves well,” said Murray.

“For a big guy, he moves pretty well too. He’s obviously improving all the time, so it will be a tough match.”

Murray is amongst the dominant core group at the top of the men’s game. Djokovic, Federer, Murray, Rafael Nadal and Stan Wawrinka have dominated the biggest tournaments, with only one of the last 24 Grand Slam champions coming from outside the group.

Federer’s quest for an 18th Grand Slam victory was halted by Djokovic in both the Wimbledon and US Open deciders last year and the Swiss star feels the world number one retains an advantage over the field heading into 2016.

“I still think the same guys are playing very well but, of course, Novak deserves like a little star next to his name right now because he’s been doing extremely well,” Federer said.