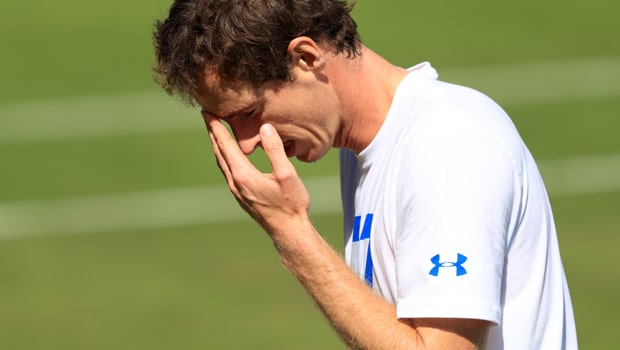 Andy Murray is looking forward to playing in Australia but admits he is not pain free despite such a long time out of the sport.

Having pulled out of the 2018 Australian Open, the Scot underwent hip surgery back in January and did not return until the grass court season in England.

Despite playing in a couple of warm-up events, the 31-year-old opted not to take part in Wimbledon as he felt his body was not ready for the rigours of five-set tennis.

He did make a token appearance at the US Open but, way below his normal fitness level, crashed out in the second round before closing down his season following an outing in China.

The former world number one has undergone his usual winter training regime in Florida with one eye on the start of the 2019 campaign and will play in the Brisbane International.

He enjoyed a 30-minute hit with US Open champion Naomi Osaka and afterwards confessed that he is still having to manage his pain despite surgery and so much rehabilitation.

“I still have some pain in my hip. I need to play matches and see how it feels when I am able to play three, four, five matches in a row and take it from there,” he told The Courier Mail.

Murray is a five-time beaten finalist at Melbourne Park and admits that, although far from 100%, he has made great strides from 12 months ago.

“Last year when I came here it was tough,” he added. “I was struggling quite a lot. It definitely feels a bit better than it did coming last year.

“I’ve always loved playing here. I’m in a better place than I was a few months ago.”

Murray is priced at 21.00 to win the Australian Open while Novak Djokovic is the 2.15 favourite and Rafael Nadal can be backed at 7.00.