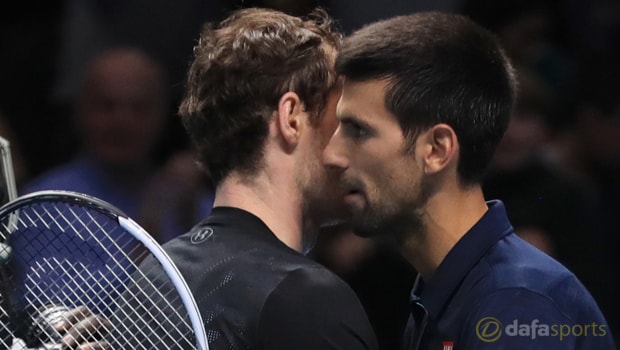 Andy Murray says Novak Djokovic’s decision to part company with his coaching team is a “big change” for the man he replaced as world number one.

The Serb ended his partnership with Boris Becker at the end of last year and recently decided to ditch coach Marian Vajda, fitness coach Phil Gritsch and physiotherapist Miljan Amanovic after a poor start to 2017.

Djokovic has reached just one final this year, in Doha at the start of the campaign where he beat Murray, and, as such, felt a change was required with the French Open and Wimbledon on the horizon.

Murray is unsure what the ramification of his rival’s decision may be, but says the time he spent with his previous coaching team should be viewed positively, given the success the 12-time Grand Slam champion enjoyed.

“It’s obviously a big change,” Murray said ahead of his 6-4 6-3 Madrid Open second round win over Marius Copil.

“A lot of the guys he had been working with, he’d been with for 10 years. “In tennis it’s extremely rare to have a team around for that length of time.

“Instead of negatively, it should be viewed positively that they had a great run and achieved great things together.

Last year, he held all four Slams.” Murray, who will face either Borna Coric or Pierre-Hugues Herbert in the last 16 in Madrid, is 6.00 to win the French Open outright and Djokovic can be backed at 4.20.