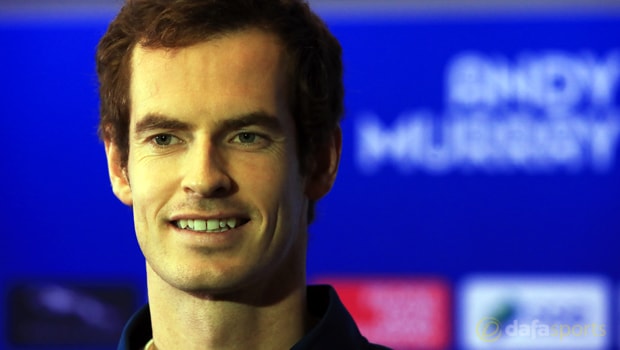 Andy Murray admits he is highly motivated to retain his world number one ranking throughout 2017.

The Brit moved to the top of the ATP Tour rankings for the first time at the end of 2016 and, despite failing to make it beyond the fourth round of the Australian Open in January, he is guaranteed to remain top of the standings for a few more months at least.

The 29-year-old insists he does not want to rest on his laurels now that he has reached the top of the rankings, with one of his main goals for the year being to remain as world number one.

“Now that I’ve got there, I would obviously like to try and finish the year at No 1 again,” Murray told The Times.

Murray is currently seventh in the ATP Race to London standings following his victory at last week’s Dubai Tennis Championships, with Roger Federer and Rafael Nadal currently leading the race.

The three-time major winner admits he is highly motivated to catch the coveted duo, as he bids to qualify for the end of season event he won for the first time during 2016.

“But because of the way our ranking system works, you start the year fresh with a clean slate,” Murray added.

“It’s motivating for me to see that I am behind Rafa and Roger, to try and catch them, rather than looking at it like, ‘I’ve got a lead, I can sit back and relax for the next few months because it’s unlikely anyone can overtake me in the next few weeks.”

Murray is next in action at this week’s BNP Paribas Open, while he will also have one eye on the upcoming French Open, where he is priced at 4.33 to claim his fourth major title.