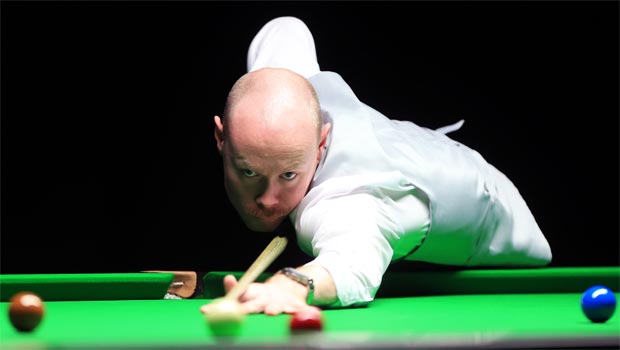 Wallsend taxi driver Gary Wilson produced one of several shock results in the first round of the UK Championship at York’s Barbican Centre as he thrashed Jamie Jones 6-0 on the opening day.

Jones, who reached the 2012 World Championship quarter-finals in his first season, was tipped to ease past the world number 91, Wilson, who came into snooker with the aim of making sufficient money to give up his driving work.

However, after his success in last season’s Players Tour Championship, reaching the semi-finals in Rotterdam and then the last 16 in India this season, Wilson produced a fine display as he whitewashed his Welsh opponent.

After the match, Wilson said on World Snooker’s official YouTube
channel: “I’ve had a few good results but that’s probably the best I’ve played this season. I was solid throughout, I didn’t give too much away.”

Meanwhile two-time ranking event finalist Anthony Hamilton, who made the tournament’s first century break, threw away a 4-0 lead to crash out 6-4 against teenager Sean O’Sullivan.

In the evening session world number 38 Mark Joyce crashed out 6-2 at the hands of Jamie O’Neill, who is 57 places below him in the world rankings. Mark King beat Ross Muir of Scotland 6-1 with China’s Xiao Guodong defeating Wales’s Andrew Pagett by the same score, while Ireland’s Fergal O’Brien proved far too strong for Alex Davies, easing through 6-2.