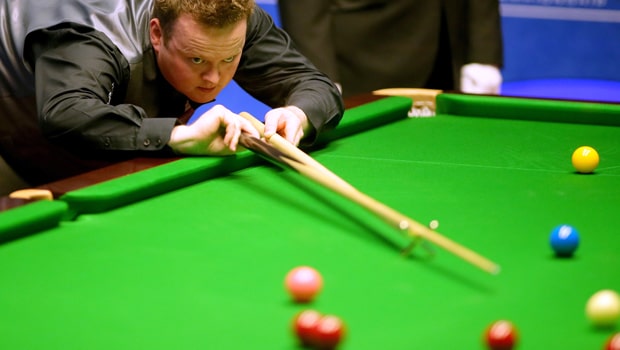 Former champion Shaun Murphy suffered a shock loss at the UK Championship on Wednesday as he went down to Chen Feilong in the first round.

Murphy, who reached the final in York last year, appeared on course for a comfortable win after he opened up a 3-1 lead.

The Chinese hopeful fought back, however, winning five frames in a row as the first-year professional produced a huge upset.

“I didn’t see that coming. He played so well and deserved it,” Murphy said.

“All was looking well at 3-1, but before I knew it I was staring defeat in the face.

“He potted some outrageous shots and I could do absolutely nothing about it. After the interval he was a different player; he played like a champion.

“It’s been a terrible start to the season for me and it’s a bit of a head-scratcher.”

Chen will face Martin O’Donnell in the next round and is 751.00 to win the UK Championship outright.

World number 12 Ryan Day also fell at the first hurdle after he went down 6-2 to Joe O’Connor, but John Higgins avoided an upset as he claimed victory over Dechawat Poomjaeng.

Higgins was taken to a decider by ‘Mr Poomtastic’ before he prevailed 6-5 to book a second-round clash with fellow Scot Alan McManus.

Mark Allen and Stuart Bingham also booked their spots in the next round. Bingham claimed a comprehensive 6-0 win over James Wattana and Allen saw off Egypt’s Basem Eltahhan 6-2.