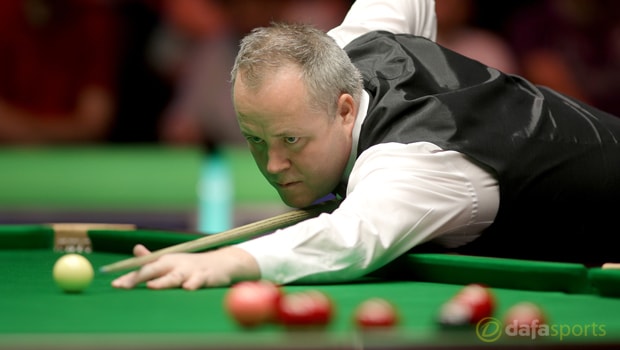 John Higgins admits he will need to raise his game to get past Mark Selby in the UK Championship quarter-finals but the Scot is relishing the challenge.

Higgins, who has scored a pair of tournament victories in the past two months, got past the challenge of Mark Allen in the last 16, reeling off the last four frames to come through 6-3.

It was however a scrappy encounter at times, with Northern Ireland’s Allen failing to make the most of his chances when he led 3-2 and seemingly had Higgins in bother.

Higgins compiled breaks of 101, 68 and 90 in securing his win but he knows more will be needed against the current world champion Selby.

“I will need to play a lot better than I have this week to win the next match,” world number four Higgins said. “I felt good at 2-0.

But for the next two or three frames my concentration went haywire. I left easy chances and he was feeding off that. I needed some help from Mark and I got it and that changed the game again.”

Selby has recorded a hat-trick of 6-1 wins during his four rounds so far at York’s Barbican Centre, including in the last 16 against Zhang Anda.

Higgins, himself a four-time world champion and the winner of 28 ranking events in his career, admits that he must step things up to compete with the Englishman. It is a challenge he welcomes.

“It will be a great test playing the world number one [Selby]. I am looking forward to it,” he added.