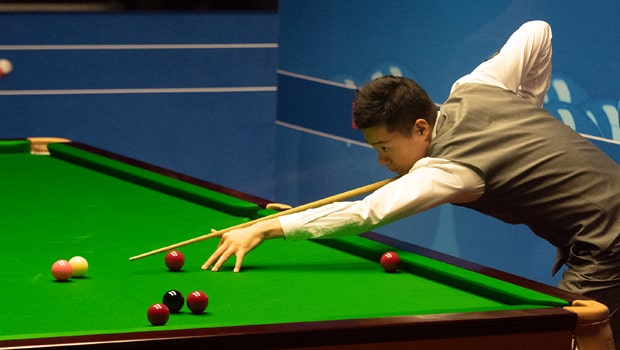 Both Chinese teams have continued their winning start to this year’s Snooker World Cup with England, Scotland and Wales also doing well.

The tournament is taking place in the city of Wuxi in China, and, having dominated the competition in the past three, China are on course to do well again this year.

Ding Junhui and Yan Bingtao are the team for China A and they have maintained their perfect start, beating Germany, Norway and Austria 4-1 and then, on Thursday beating Poland 5-0.

Playing Thailand on Friday, China A are already assured of a place in the knockout stages of the tournament with the top two in the group qualifying. Thailand and Norway are best placed to go through in second.

England, represented by Kyren Wilson and Jack Lisowski, are in control of Group B with four wins from four so far. They started off with three successive 3-2 victories, over Hong Kong, Ireland and Iran before a resounding 5-0 win over Saudi Arabia on Thursday. Hong Kong and Iran are also in contention for the knockout stages.

Scotland and Belgium are dominating Group C. The Scots, through John Higgins and Stephen Maguire, are a point ahead of Belgium represented by Luca Brecel and Ben Mertens.

There is also a China B team in the competition, the pairing of Liang Wenbo and Zhou Yuelong dropping just two frames so far in their domination of Group D. They are set to qualify for the quarter-finals along with Wales who are just a point behind.

Mark Williams and Ryan Day have won their four matches so far, beating Switzerland 5-0 on Thursday. The quarter-finals, best of seven frames, take place on Saturday with the semi-finals and final on Sunday.