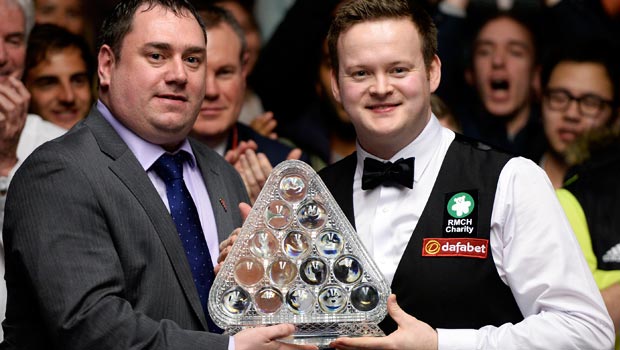 Shaun Murphy has his sights set on further tournament wins after returning to form in style to clinch victory at the Dafabet Masters.

The 32-year-old stunned world number one Neil Robertson 10-2 to win a one-sided final at Alexandra Palace, becoming only the tenth player in the history of the game to win the triple crown of the Masters, the UK Championship and the World Championship.

And Murphy clearly took confidence from his performance, while admitting that he considered walking away from snooker about a year ago due to a lack of form.

He said: “By doing well in this tournament, it shows I can still compete and win any tournament in the world.

“There are plenty more tournaments to be won from now until the World Championship.”

Murphy was crowned world champion back in 2005 and he has since reached at least the quarter-finals on another six occasions, including being the beaten finalist in 2009, when he lost 18-9 to John Higgins.

Murphy, who has also won three European Tour events this season, will have another chance to secure a second world title at the Crucible in Sheffield from mid-April.

Robertson, meanwhile, who had been in stunning form at Ally Pally before being dismantled by Murphy, accepted the defeat in good grace and vowed to go away and work hard to come back stronger.

He added: “I’m really disappointed to have played like that in a big final, but sometimes you have to take it on the chin and move on to the next one. A defeat like this motivates me to practice more.”

Meanwhile, as the Championship League gets underway, Judd Trump is 1.55 to defeat Ali Carter, who is 2.47 to win the match.