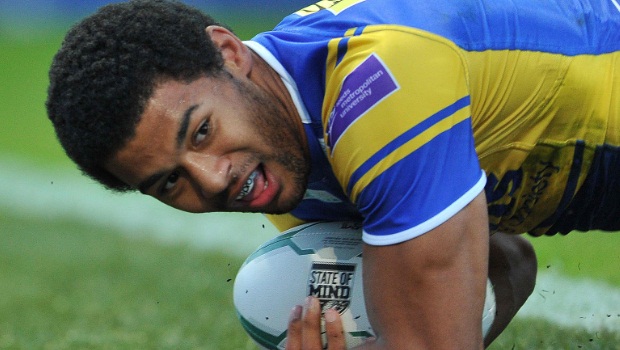 Steve McNamara’s men got their campaign off to a disappointing start last Saturday as they were defeated 28-20 by tournament favourites Australia at Cardiff’s Millennium Stadium.

It followed on from a shock warm-up defeat against Italy a week before the World Cup got under way and has raised question marks over whether England have got the credentials to win the trophy.

However, Watkins claims the spirit in the camp, which is continuing to build as the players have been isolated form the families at their Loughborough University base, will help push them on.

“All the players are making sacrifices,” the Leeds centre said. “Being away from your family pretty much all week, you’re only seeing them once a week.

“That’s the commitment you have to have when you are trying to win the World Cup and I think everyone has bought into this pretty well. It’s really important in terms of our team spirit and togetherness which will help us on the way.”

England must bounce back from the Kangaroos’ defeat when they face Ireland in their second Group A clash at Huddersfield on Saturday.

Watkins said: “We didn’t get the result against Australia, which was obviously a bit disappointing, but we can take some positives from how well we started and we work on things that can help us build in this tournament.

“We can build from that, we’ve certainly got the players to do that.”

Ireland were beaten 32-14 by Fiji in their opening match, but Watkins claims the defeat to Italy has warned them of the dangers of complacency.

He added: “They have a good mix of youth and experience. It’s going to be a tough game.

“It’s a sell-out crowd at Huddersfield so it should be really inspiring for everyone that’s playing in the game.”