Posted by OLADIPUPO MOJEED on September 30, 2020 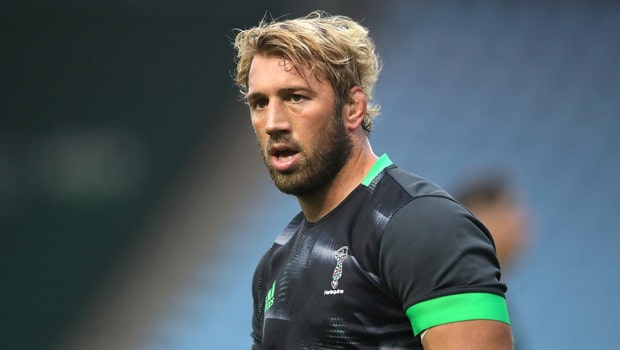 Chris Robshaw has suffered a 32-23 defeat against Premiership hopefuls, Wasp in his farewell game at The Stoop.

Robshaw, a former England captain, made his 299th appearance in all competitions for Harlequins in the encounter, his final match. Wasp fought back to emerge victorious against 14-man Harlequins.

Robshaw was involved in Alex Dombrandt’s first-half tries, putting Quins 15-8 up at the break. Tom Willis had grabbed Wasps’ try.

Marcus Smith extended the host’s lead. Elia Elia was sent off in the 53rd-minute for a tip tackle on Dan Robson.

After their late turnaround for the bonus-point win, Wasp is now second in the table with one match remaining. Provided they eat competition pacesetters, Exeter in their final regular-season fixture,  they might host a home semi-final.

Robshaw had helped Quins to their first and only Premiership title in 2011-12. He had announced in February his decision to leave the London club at the end of the season.

The break in Rugby action due to the coronavirus pandemic extended his 16-year stay by some months. This made his farewell game at The Stoop to be played in a near-deserted ground.

As part of the honour to his contribution, members of both clubs in a pyrotechnics display applauded the 34-year-old when he stepped on the field, in a farewell robbed of much pomp and atmosphere. This highlighted how much the fans continue to be absent from the game.

Robshaw showed his mettle for the hosts once more on the field as he was instrumental in creating Quins’ first try. The 34-year-old collected a loose ball from a line-out, leading to Dombrandt touching down. Dombrandt got the ball over the line just moments after coming off the bench.

Wasps had a bright start against the host. This was due to the reshuffling in Quins’ front row just before kick-off. Santiago Garcia Botta was declared unfit for the game and got replaced by Marc Thomas. Elia also replaced Scott Baldwin, who got injured in the warm-up.

The visitors drew the first blood with a dominant performance as Tom Willis went over for the game’s first try.

Dombrandt brings the hosts level after slicing through the Wasps defence just after 30 minutes to edge Quins ahead for the first time.

Smith produced the night’s game after trading penalties with Jimmy Gopperth, scoring Quins’ third try immediately after the break. He collected his chipped kick to race away and score.

But they got on the backfoot after Elia was sent off, and Wasps took full advantage of that.