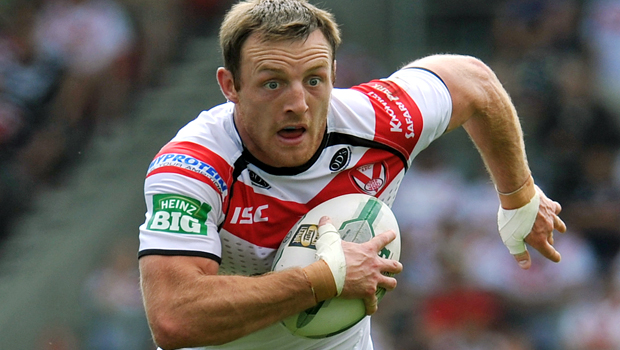 Roby has had a nightmare on the injury front throughout 2013 after suffering problems with both of his ankles, and has just returned from his latest lay-off that kept him out for 10 weeks.

However, the 27-year-old is taking the positives from the lay-off and says he is feeling well rested ahead of the tournament.

Roby managed to squeeze in three games before the end of St Helens’ Super League campaign and says he is ready should he be given the nod to face Australia.

Roby is training with the rest of the England squad at a high-altitude training camp in South Africa and is looking forward to representing his country once again.

“I like to think I’m getting back into it a bit, match fitness and stuff,” he said. “I’m sure every lad in the team, if you asked them, would have some sort of problem no matter how big.

“I’m lucky because of my rest that I can safely say that I feel fresh.

“Hopefully I can use that to my advantage and obviously I’m just made up to get with England now. It’s a brand new environment, new setting, new lads; it’s quite a refreshing change.

Australia and New Zealand are favourites to win the World Cup but Roby believes England can upset the form book.