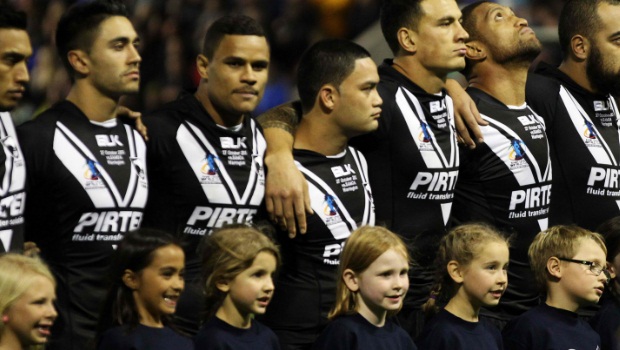 New Zealand coach Stephen Kearney insisted that there is still plenty of improvement to be made by his team despite a comfortable 48-0 win over France.

The victory ensured a perfect start to the campaign with a second win as many games, secured without the presence of dual-code star Sonny Bill Williams.

Half-back Shaun Johnson proved to be the inspiration behind the success as he scored two tries in the second half as well as adding 16 points with the boot.

Frank-Paul Nu’uausala also crossed over twice while Krisnan Inu, Bryson Goodwin, Greg Eastwood and Roger Tuivasa-Sheck touched down in an eight-try romp for the defending champions.

Inu opened the scoring as early as the fourth minute and the Kiwis never lloked back as they opened up a two-point lead in the group standings, following the 42-24 win earlier in the week against Samoa.

Although the scoreline suggested a rather one-sided affair, Kearney was keen to praise the French for their performance, while revealing his particular delight at his own side’s ability without the ball.

“I thought it was a pretty sound performance in the areas I wanted us to improve on,” Kearney said.

“We had a real focus on defence and I thought that was pretty good. But I take my hat off to the French, who threw everything at us. We were very determined in defence and it took a good performance to get us a result.

“We still have things to work on; there were a couple of areas in attack I could recognise. We scored some good tries, have still got improvements in us and some guys really put their hands up.”

New Zealand complete their group campaign against Papua New Guinea next Friday, while France face Samoa in a crucial fixture on November 11, with the top three teams progressing to the quarter-finals.