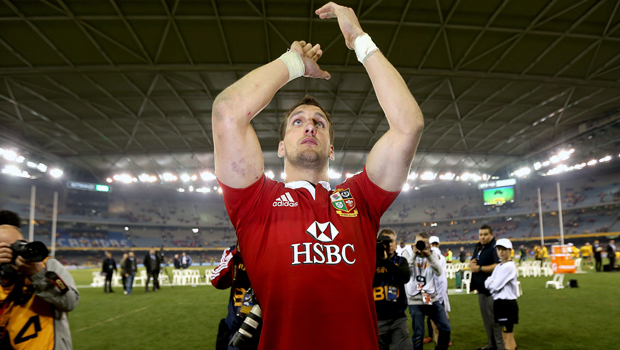 Toulon, Clermont Auvergne and Racing Metro have all been heavily linked with a move for the flanker, who helped Cardiff to a 29-12 win over Edinburgh on Sunday.

However, Warburton has said he would prefer to stay with Cardiff than become the latest Welsh player to join a French Top 14 side.

Cardiff are hoping to receive some financial backing from the Welsh Rugby Union so they will be able to keep both Warburton and Leigh Halfpenny, and the former is confident he will stay.

“Staying is my preferred choice,” the Wales captain said. “I just hope they can sort it out between the regions and the WRU. I haven’t had an offer in writing yet.

“I can understand that the region do not know what situation they will be in next year because they don’t know whether they are playing in Europe or whether this money is coming from the WRU.”

Cardiff are unable to finalise their budget until a dispute over the future of the Heineken Cup is resolved, but Warburton is confident there will be some kind of European competition for years to come.

“As a player, it is quite an unusual position to be in,” Warburton added. “You just have to get on with it. You have to accept that when you come into sport, it is an unstable job.

“I find it hard to think there will be a European competition next season that doesn’t incorporate teams from all the countries.”