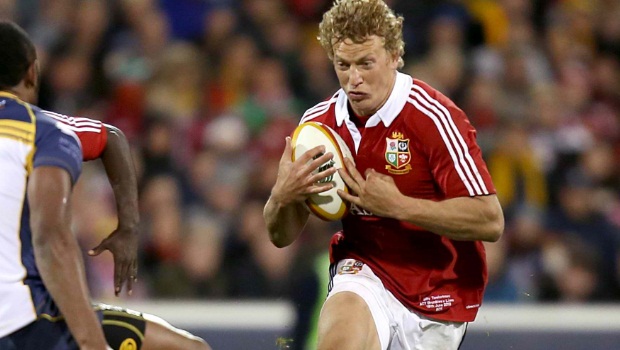 England and Gloucester centre Billy Twelvetrees has extended his stay at Kingsholm by signing a new two-year extension with the club.

Twelvestrees’ contract was to expire at the end of the current season but Gloucester have moved quickly to ensure he remains at the Aviva Premiership outfit.

The centre has done brilliantly since making the move from Leicester in 2012, and he has since won five caps with England, while also being called up as cover for the British and Irish Lions in Australia.

Speaking about the new deal, director of rugby Nigel Davies, said: “It’s a statement of where Gloucester’s going. Billy wants to be part of this team moving forward. He loves Gloucester, loves this environment.

The 24-year-old has appeared 26 times for Gloucester and he kicked the winning penalty in last week’s win over Northampton.

He admits his relationship with the club was one of the main reasons behind his decision to stay.

He said: “I’m really settled here. The club has been great to me, and this has seen me develop my game and ultimately earn international recognition.

“I’ve made great friends here and, to continue playing with the lads and developing partnerships, is something that I cannot wait to continue. We, as players, speak a lot about how great the Gloucester fans are and, to play in front of the fine support we have as a club, is all you can ask for as a player.

“The team is still developing and the talent and potential here is great. So, I can’t wait to see where we go and what we can achieve, and I couldn’t imagine not being part of it.”