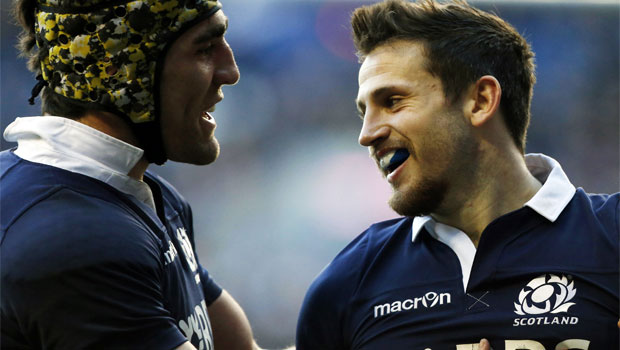 The 25-year-old winger made his Murrayfield debut in the clash, scoring two tries in a six-try rout for the hosts.

He scored his side’s first and third tries against the Japanese, with Greig Laidlaw, Al Dickinson, Duncan Weir and Sean Lamont the others to touch down.

Japan frustrated the Scots for the opening 60 minutes before tiring, with the hosts then taking full advantage and showed their experience and superior fitness.

Speaking after the game, Glasgow Warriors star Seymour said: “I’d like to think the supporters can come away from here and hope for the future looking bright.

“We’ve gone on the attack and scored some points so that’s positive.”

Scotland’s remaining two games of the autumn international series sees them face South Africa next Sunday and Australia the following week, with Seymour admitting that the 2015 World Cup is the primary target for interim head coach Scott Johnson’s side.

Meanwhile, Edinburgh captain Laidlaw admitted his frustration at conceding two soft tries to the Japanese, but said “for the first game, we’ll take it.”

However, they are likely to be tested far more against the Springboks and Wallabies, and this should provide a good gauge to the strength of the Scottish side ahead of the Six Nations early next year.