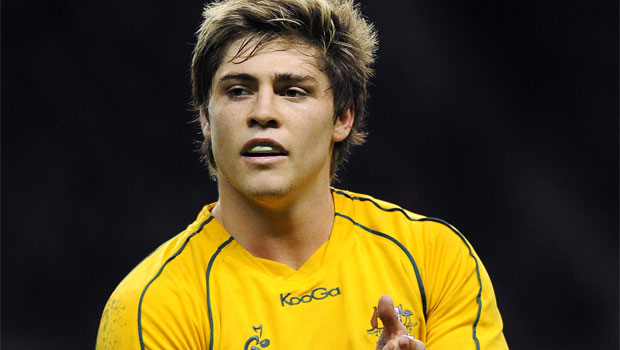 London Irish have completed the signing of Australia utility back James O’Connor on a short-term deal until the end of the season.

O’Connor, who has played at centre, wing, full-back and fly-half, has had a difficult few months since the series defeat to the British and Irish Lions. The 23-year-old was escorted from Perth airport for drunken behaviour and as a result he had his contract terminated by the Australian Rugby Union.

O’Connor has played 44 Tests for the Wallabies and is likely to make his debut for the Exiles when they take on Northampton Saints in the Aviva Premiership on Sunday.

He played in all three Test matches against the British and Irish Lions, scoring a try in the third game in Sydney, but he was unable to help them to victory in the series.

His last international appearance was in the Rugby Championship as he helped his side to victory against Argentina.

Speaking about the move, O’Connor said: “Having decided that I needed a change from both a personal and playing point of view, I spoke to clubs in Japan and France, and concluded that the best way forward for my development was to move to England.

“Given that I’ve left my support network back in Australia, London Irish offered me an environment that I felt comfortable with. The club is renowned as a welcoming, family club throughout the world, it has a highly regarded Australian director of rugby in Brian Smith and plays a style of rugby that appeals to me.

“In England and Wales they play a very high-pressured, territory-based game. I thoroughly believe I can improve elements of my game by playing in the Aviva Premiership.”