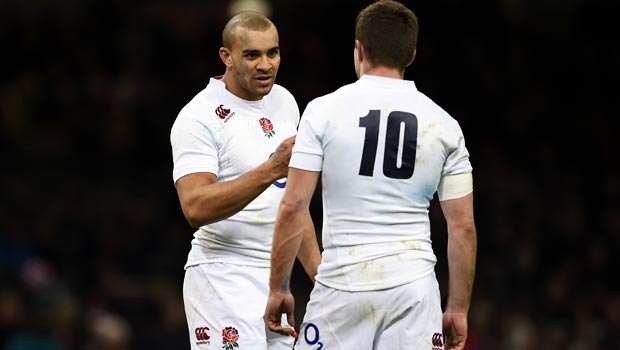 England attack coach Mike Catt has praised the budding combination between George Ford and Jonathan Joseph and believes there is still more to come from the pair.

The duo have been electric for Bath this season and have transferred their form onto the international stage, with Ford calling the shots from fly-half and Joseph adding some extra sparkle in the centres.

It means they now look certain to feature for the Red Rose at the World Cup, a tournament they are 4.50 to win outright.

However, first and foremost they have other things to think about, with Stuart Lancaster’s men still in the running to win the Six Nations going into Saturday’s final day when they will meet France.

England are currently the 1.73 favourites to win the Championship, but whatever happens they have plenty of positives to take forward as they prepare to host the global showpiece later this year.

Catt admits that the combination between Ford and Joseph has been one of the highlights of the tournament for the team and believes their natural talent means they are only going to get better in the future.

“He (Joseph) gets the game, sees the picture, can live in the moment and play what is in front of him,” he said.

“It is all about decision-making and JJ [Joseph] with George Ford at fly-half, both get it.

“They can both see what is in front of them and make the right decision, whether it is running out of the 22 or whatever. New Zealand have a lot of players like that. JJ is also a very good communicator, as is George, and they feed off each other.”