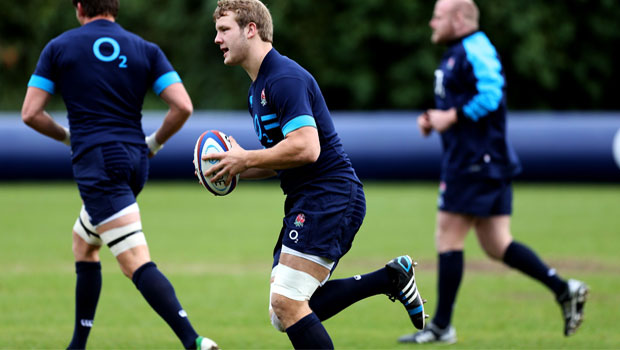 Joe Launchbury admits England will need to be at their best when they take on the All Blacks on Saturday at Twickenham.

England come into the game on the back of some impressive wins against Australia and Argentina, but Launchbury is the first to admit that the world champions will be their biggest test.

Despite beating Argentina 31-12 last weekend, Stuart Lancaster’s side were criticised for their second-half performance after letting the Pumas back into the contest after taking their foot off the gas.

The Wasps lock admits a poor performance will be punished by New Zealand and he insists England have to take their chances as they look to follow up their win over the All Blacks last December.

He said: “This weekend it’s about us and if we manage to start well we’ve got to continue to play well. I think the first 20 minutes after half-time is massively important to us, we need to come out of the blocks at half-time firing.

“I think we’re happy with the way things are going, the scrum and the line-up, at the same time we obviously understand the challenge we have this weekend, New Zealand are a formidable pack and they’ve got some great players.

“Again this weekend the breakdown will be a massive part of the game, with the back-row they have it’s pretty obvious it’s a big area for the game. We’re immensely proud of what happened last year but this is a new game and a new task. We’re going to need to be on it for 80 minutes to stand in with a chance.

“It’s a massive opportunity for me and the team, when you get to play a southern hemisphere side in back-to-back weeks like we’ve been doing, to play the best team in the world, the number one side, it’s a great challenge.”