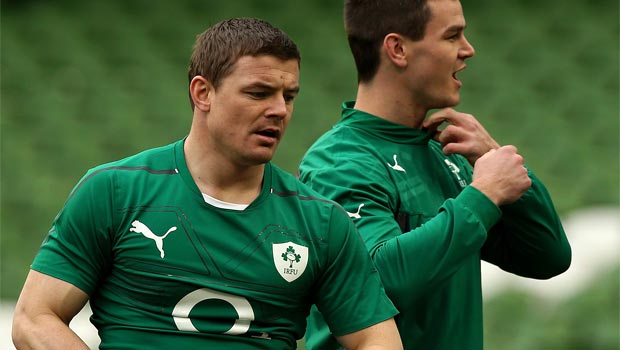 Johnny Sexton, Brian O’Driscoll and Rob Kearney have been passed fit to start in Ireland’s final autumn international against New Zealand on Sunday.

The British and Irish Lions trio picked up injuries in last weekend’s disappointing 32-15 defeat to Australia but have all recovered in time for the clash in Dublin.

Sexton was a big doubt after leaving the field at half time against the Wallabies with a hamstring injury, complicating the Irish team’s build up for the match.

“We’ve worked hard defensively and there are even more threats in the repertoire of the All Blacks than the Australians so we’re going to have to be not just better, but a lot better.”

Conor Murray, named among the replacements last week when Ireland were outscored by four tries to none, comes back in at scrum-half with Eoin Reddan dropping to the bench in one of three changes.

Centre Gordon D’Arcy returns in place of Luke Marshall to add some more experience to the back line while Dave Kearney, who marked his debut with two tries off the bench against Samoa this month, replaces injured winger Fergus McFadden.

O’Driscoll will join the retired Ronan O’Gara as Ireland’s most capped player when he lines up in green for the 128th time.

New Zealand have made seven changes to the side that beat England 30-22 last week with Aaron Cruden coming in at fly-half in place of the injured Dan Carter.

The All Blacks are bidding to become the first international side to remain unbeaten throughout a full calendar year after recording 13 straight victories in 2013 so far.