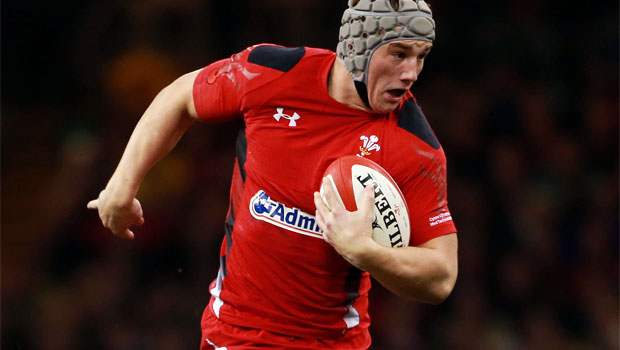 Jonathan Davies has been ruled out of the rest of the autumn international series after picking up a pectoral injury.

The Wales centre sustained the problem in his side’s 24-15 defeat to South Africa at the Millennium Stadium when trying to stop Jean De Villiers scoring the visitors’ opening try.

Coach Warren Gatland admitted that Davies, who could also miss the Six Nations next year, is disappointed.

He said: “If he needs an operation it could be five months.

“He’s pretty disappointed. The physio said it might settle and he could be back in December. We will wait and see what happens.”

The injury is a significant blow to Gatland’s outfit, who are already missing fellow centre Jamie Roberts. Furthermore, Liam Williams, Adam Jones and Scott Andrews will also need to be assessed after they picked up knocks against the Springboks.

Williams was hurt in the move leading up to the opening try when Bismarck Du Plessis knee connected with his head.

Gatland is hopeful that Williams could be back to face Argentina next Saturday, but Jones is likely to be absent after limping off the field ten minutes before half-time with a calf issue.

Andrews, who replaced Jones, did not appear after the break due to sustaining a neck injury.

Meanwhile, Cardiff Blues fly-half Rhys Patchell is said to be “struggling” with a shoulder injury and is another doubt to face the Pumas.