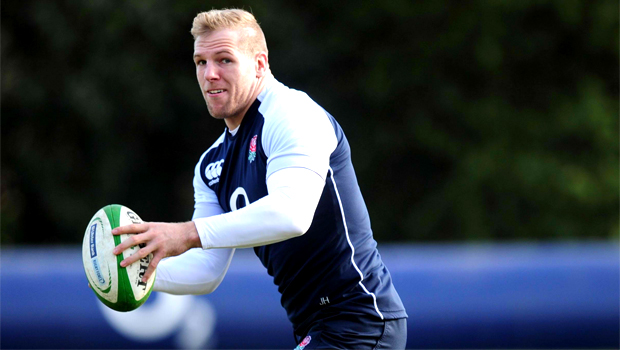 The 28-year-old has 47 England caps to his name but he has missed out on the latest squad and dropped down to the Saxons, as have Jonathan Joseph and David Strettle.

“This was the toughest Elite Performance Squad selection we’ve had to make,” said Lancaster.

While it’s disappointing for Haskell and co, it was better news for forwards Dave Attwood, Matt Kvesic and Billy Vunipola who are both included, as are centre Kyle Eastmond and wings Marland Yarde and Christian Wade.

The England senior and Saxons squads will meet up in Loughborough on 11 August but the side are not in action again until November when the Autumn internationals start with some high octane clashes in prospect.

Lancaster’s men take on Australia, Argentina and New Zealand between 2 and 16 November.

Despite an 11 week ban for his red card during last season’s Premiership final, Dylan Hartley has been named in the squad but he has been given a clear message from the coach that he expects him to have learned his lesson and he is looking for him to make the headlines for the right reason next season.

“I had a long hard think about it and a long conversation with him,” said Lancaster. “I wanted to be reassured that he understands where the line is, what is right and what is wrong.

“He accepts that and he knows he needs a strong start to the season.”