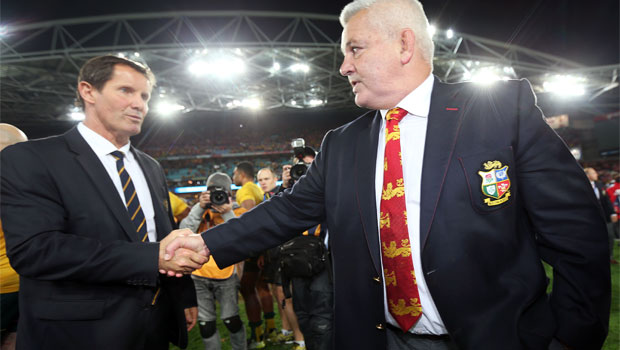 Wales coach Warren Gatland insists he will use the four autumn internationals to prepare for what he believes with be a difficult post-Lions Six Nations tournament.

The Welsh claimed last season’s Six Nations crown with a crushing victory against England in the winner-takes-all clash at the Millennium Stadium.

The majority of the men in red then featured for the Lions as they pulled off a sensational 2-1 victory over Australia during the summer.

And after a short period of rest, the stars of the home nations are now set to take on their rivals from the southern hemisphere, with Wales scheduled to face South Africa, Argentina, Tonga and the Aussies.

There is always a great deal of hype surrounding the pre-Christmas internationals as the teams can see how far they have progressed against some of the toughest players in world rugby.

But Gatland has played down the significance of the upcoming Tests and made it clear that his and his team’s main focus will be on retaining the title they won last March.

“The last thing I would want is to win the four games in the autumn and then finish fourth or fifth in the Six Nations,” he said.”The most important tournament is obviously the Six Nations.

“We have got to make sure we are right for that because that’s the competition that is most important for us.”

The New Zealander has done his research and noted that nations who have provided the bulk of the players for previous Lions trips have usually suffered in the following Six Nations.

And, with 15 Welsh stars having done their duty Down Under, Gatland is wary of the threat posed by the other nations –  especially the well-rested French.

“If you look at previous Lions tours, France have been the team who have tended to have won post-Lions in the Six Nations,” he added. “And the nation that is usually heavily represented tends to struggle.”