Cardiff Blues: Phil Davies calls for more of the same 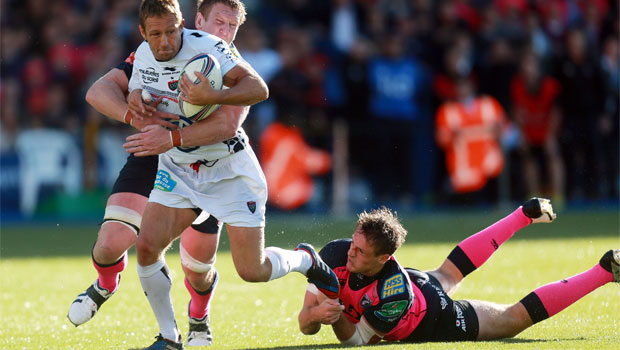 Director of rugby Phil Davies has called on his Cardiff Blues side to replicate the performance displayed in Saturday’s 19-15 win over Toulon throughout the rest of the season.

The Blues needed to put in a strong display against the defending Heineken Cup champions following their comprehensive defeat to the Exeter Chiefs in their opening European fixture, and they didn’t disappoint, with a late try from Gareth Davies giving the Welsh outfit a sensational win at Cardiff Arms Park.

The two sides went into the half-time break level at 6-6, with Rhys Patchell and Leigh Halfpenny’s first-half kicking matched by that of Jonny Wilkinson.

The decisive try came two minutes from the end, with Davies breaking free from the tackle to score, which Halfpenny converted.

Speaking after the game, Davies could not conceal his delight, saying:
“We have always felt we were going in the right direction and the players were magnificent. They fronted up superbly.

“Physically and emotionally, the players went perhaps to another level.

“We are back in the group, which is the most important thing. We’ve just got to keep building and building and become more consistent.

“We will keep moving forward and hopefully we can replicate more days like this one.”

The Blues face bottom-of-the-pool Glasgow home and away in their next two Heineken Cup fixtures in December having drawn level on points in Pool 2 with second-place Exeter following the weekend win.