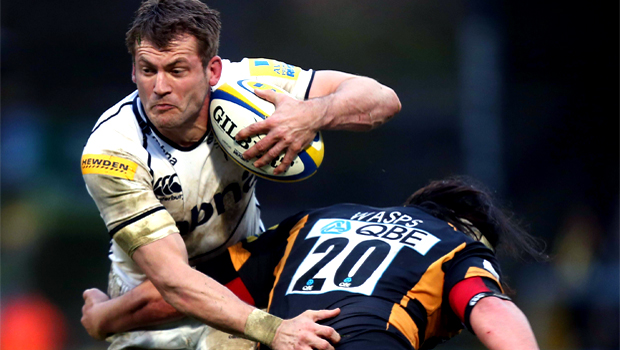 Sale Sharks winger Mark Cueto revealed that he was on the verge of bringing an end to his illustrious career at conclusion of last term after a long battle with a knee injury.

The 33-year-old has struggled to participate fully in a pre-season regime for several years due to international commitments and his troublesome knee but he admits that after an extended recovery period he is ready and raring to go.

Cueto and his club side required a run of good form in the latter stages of last season to avoid relegation from the Aviva Premiership but he is adamant that it will be a different story this time around.

The former England international made his debut for the Salford-based club in 2001 and in February became the Premiership?s record try scorer, surpassing the mark set by former team-mate Steve Hanley.

The winger believes that he could even extend his current deal with the club if he comes through the new campaign unscathed and recaptures his former glories.

Cueto said: “I’m so happy I’ve got this extra year.

“If my contract had been up at the end of last season, I’d have knocked it on the head.

“If the season goes well, my body feels good and I feel I can contribute at the right level, I’ll potentially look at another year.

“I remember this time last year and I couldn’t kneel on the ground for my [pre-season] photo because my knee was that sore.

“I carried it all last season and, because you’re turning out week-in and week-out, people don’t realise where you’re at.”