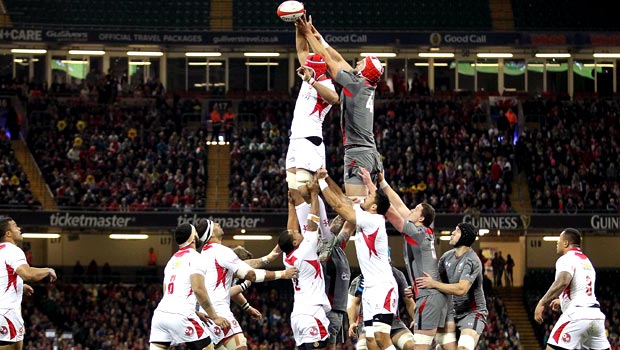 Luke Charteris was pleased with Wales’ 17-7 victory over Tonga but believes they should have scored more tries in the match.

The Welsh do not have a very good recent record in their Friday night internationals, having lost to Samoa last year and drawn with Fiji back in 2010, but they got over the line this time thanks to a dogged display.

Converted tries by Owen Williams and Ashley Beck and a penalty by Leigh Halfpenny put the hosts 17-0 up at the Millennium Stadium before Tonga hit back with a try from wing Will Helu.

That was also converted and the teams went into the break with Warren Gatland?s men leading 17-7.

And, remarkably, there was no further scoring after the break as the game petered out into an unconvincing win for the Six Nations champions.

In truth, it was far from a full-strength Wales side, with many stars rested ahead of next weekend’s huge clash with Australia.

And man of the match Charteris was delighted with the win in a match that he knows was not exactly easy on the eye.

“It was pretty ugly out there,” he told the BBC. “We knew coming into this game how good a side Tonga were. We saw them last week against France and we knew they were going to keep us under pressure.

“We got a win which is the first time on a Friday in a while, which is nice.”

Wales did touch down on another occasion but George North’s effort was ruled out for an off-the-ball incident, with Charteris adding: “We should have had two more tries there.”