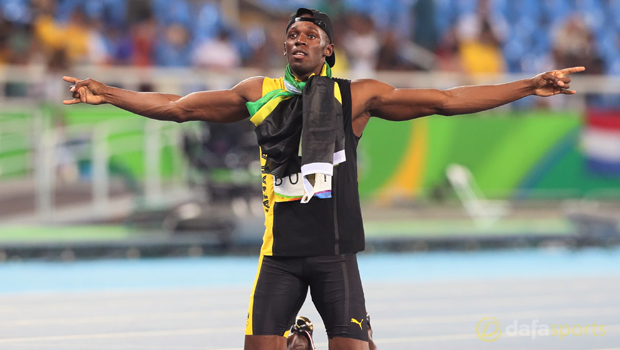 Usain Bolt kept his dreams of an historic ‘treble treble’ alive with an impressive gold medal in the 200m sprint final.

The Jamaican sensation clocked a time of 19.78 seconds in the final on Thursday evening to follow up his gold medals in the same event in Beijing and London.

The 29-year-old now just needs to help the Jamaica team land the top prize in the 4x100m relay final on Friday (02:35 BST, Saturday) to complete his ‘treble treble’.

Despite claiming the win in the 200m final Bolt conceded he was disappointed not to break his own world record, 19.19s set in the 2009 World Championships, but he was delighted to claim the gold.

The Jamaican star feels he has now established himself as the greatest sprinter in history, having already confirmed he intends to retire after the 2017 World Championships.

“The fact I came here and executed what I wanted to is a brilliant feeling,” he told the BBC.

“I wasn’t happy with the time when I crossed the line but I’m excited I got the gold medal – that’s the key thing.”

He added: “What else can I do to prove I am the greatest? I’m trying to be one of the greatest, to be among [boxer Muhammad] Ali and [footballer] Pele.

I have put the sport on a different level.” Canada’s Andre de Grasse and France’s Christophe Lemaitre claimed silver and bronze respectively in the men’s 200m final.

Meanwhile, Great Britain’s Mo Farah is 1.20 to win the men’s 5,000m gold medal on Sunday and Ethiopian Muktar Edris can be backed at 9.00.