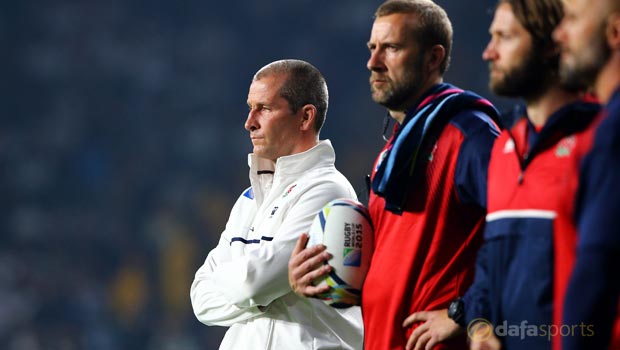 England head coach Stuart Lancaster says he will take time to consider his future in the wake of their disappointing exit from the World Cup on Saturday evening.

England became the first host nation in Rugby World Cup history to exit the tournament at the pool stage after defeat to Australia at Twickenham.

It followed defeat to Wales in their second Pool A match, Lancaster’s team also becoming the only host nation to lose twice in the pool stages of the tournament.

England knew that only victory against the Aussies would suffice but they were cut adrift by Michael Cheika’s team in the opening period, trailing 17-3 at half time after a pair of tries from Bernard Foley.

The hosts rallied to draw within a converted try of the Wallabies when Anthony Watson powered home for England’s only try with 25 minutes left.

Indiscipline proved costly, however, as fly-half Owen Farrell was sent to the sin bin before Matt Giteau added to the first half tries from the superb Foley to cap a 33-13 win for Australia.

The Wallabies will tussle with Wales next weekend to see who claims top spot in Pool A while England are left to contemplate a dead-rubber encounter with Uruguay in Manchester.

Lancaster insists he will focus on that match and consider his future in the fullness of time.

“All things are being considered but not (standing down) for now for me,” Lancaster said. “It’s not the time to make a decision like that.

“I don’t think we’ve become a bad team but clearly we weren’t ready to get out of the group. I need to get the team ready for the game with Uruguay on Saturday and that’s my priority.”

Australia are now 4.33 to win the World Cup while Pool A rivals Wales are 17.00. Defending champions New Zealand are 2.10.