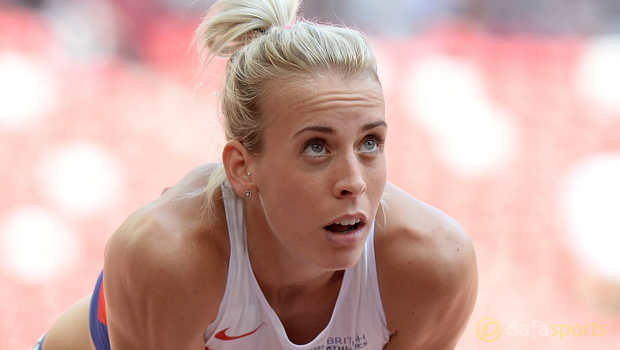 Britain’s Lynsey Sharp believes she is capable of challenging for gold in Saturday’s 800m Olympic final.

The Scottish middle-distance runner booked her place in her first Olympic final after finishing second, behind favourite Caster Semenya, during the semi-finals earlier this week.

The 26-year-old clocked an impressive time of 1:58.65 minutes during the semi-finals, the sixth time this season she has run under two minutes, and she is confident that she can challenge Semenya, and the rest of the field, for gold on Saturday.

“There is nothing to lose now – there are only going to be eight girls on the start line,” she said.

“I definitely feel I can be competitive, that felt pretty good so with a couple of days rest we will see.

“I certainly feel more mature and comfortable in these races this year and confident in myself.

I believe in the plan that we set out before the race so my mind is in a much better place this year.”

Sharp missed out on a place in the Olympic final in London four years ago after crashing out at the semi-final stage on home soil, and the Commonwealth and European silver medallist feels that she was more nervous for her semi-final than she will be for the final.

“I am more relieved than anything else to make the final, I didn’t really believe it until I saw it up on the screen,” she added.

“I am so happy to get that one out of the way and I know I can be competitive in the final but the hardest task was getting there.”

Sharp is available at 51.00 to secure gold at the Estadio Olimpico Joao Havelange, while Semenya is highly fancied at 1.06 to clinch her first Olympic title.