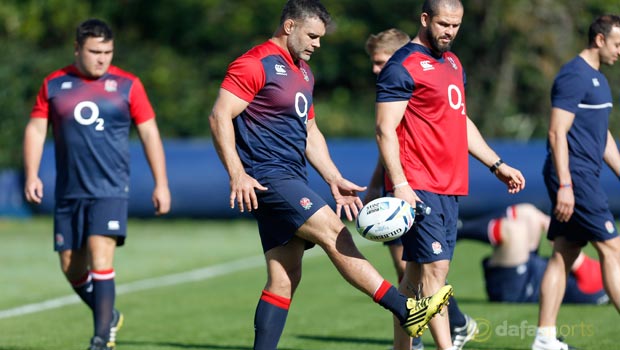 Veteran number eight Nick Easter is set to play in his third Rugby World Cup after being drafted into the squad by head coach Stuart Lancaster.

The 37-year-old Harlequins star was part of the wider training group ahead of the tournament but was not selected in the final 31-man party.

A knee ligament injury suffered by Saracens’ Billy Vunipola has provided Easter with the chance to win his 53rd cap in a do-or-die Pool A clash against Australia on Saturday night.

“He’s committed everything to the last three months but he is a young man with a bright future ahead of him and I know he’ll be an integral part of this team for years to come.

“Nick was unlucky to miss out on final selection. He is a specialist No.8 and an experienced player. We know he will make a big contribution.”

England’s backs are against the wall ahead of the showdown with the Wallabies at Twickenham following the agony of last weekend’s narrow 28-25 defeat by Wales at the same west London venue.

Meanwhile, lock Courtney Lawes (knee) has been ruled out of training on Tuesday while scrum-half Ben Youngs will also sit out the session because of a swollen ankle.

In more encouraging injury news, centre Jonathan Joseph is making progress following a chest problem while No.8 Ben Morgan is ready to return to full training.

England are 1.75 to get back on track with a win against Australia, with the Wallabies 2.15 to inflict a second pool-stage defeat on the Red Rose in three games.

Australia forwards Will Skelton (chest) and Wycliff Palu (hamstring) have been ruled out of the rest of the World Cup through injury.