Boxing: Deontay Wilder says natural gifts will see him through 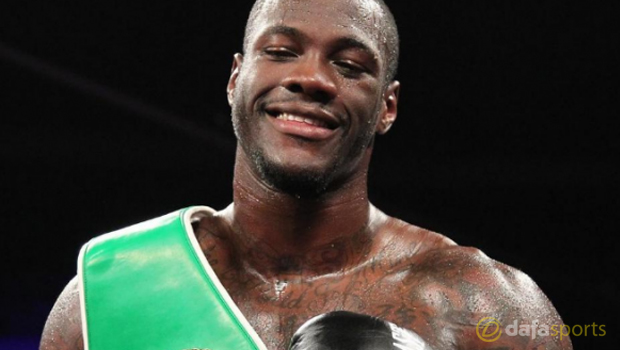 Deontay Wilder believes his natural athleticism and punching power will allow him to knock Chris Arreola out.

The pair meet in the early hours of Sunday morning with the 30-year-old set to put both his unbeaten professional record and his WBC heavyweight title on the line against his fellow American.

It will be Wilder’s fourth title defence and he is certainly feeling confident ahead of the fight in Birmingham, Alabama on Saturday.

Having only been taken to 12 rounds once in his career, the ‘Bronze Bomber’ is adamant he can add to his 35 stoppage wins when he takes on Arreola.

His opponent’s recent record in the pro ranks is less convincing, having drawn against Fred Kassi and only managed a split decision win over Travis Kauffman, before the result was deemed a no-contest after Kauffmann failed a drugs test.

It means he heads into the fight as the firm underdog and Wilder says his “God-given ability” means there is only going to be one result. “Less than a week away from the fight, I’m getting excited,” he said.

“I’m always excited to fight. I was born to do this. The closer it gets, the more eager and excited I’ve become, ready to get in the ring and do what I love to do; and that’s knock out people.

I’ve been blessed with a God-given power. “I don’t have to work out a day in my life and I wake up in shape, just God given.” Wilder is currently the comfortable 1.04 favourite to win the bout, with the draw 29.00 and Arreola the 11.00 outsider.