Posted by Vincent Henderson on August 4, 2016 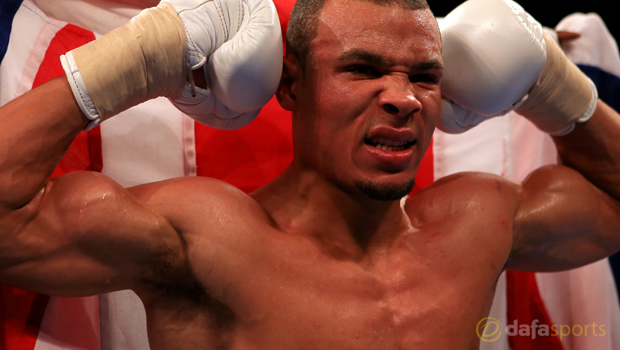 Chris Eubank Jr has taken to social media to urge WBA Super, WBC and IBF world middleweight champion, Gennady Golovkin, to take him on in a ‘real fight’.

The British fighter had been negotiating a bout with his Kazakh counterpart earlier this year, before negotiations broke down, and Golovkin will now instead fight Kell Brook at The O2 Arena on September 10.

Brook has never fought for a title above 147lbs during his professional career and Eubank Jr has taken a swipe at his fellow Brit, while also urging Golovkin to take him on in a real fight soon.

Eubank Jr said on Twitter: “GGG when you’re done with the child’s play, I’m ready & waiting to take those belts off you in a REAL fight.

Oh & I’m in the same weight class as you so it will be fair” The 26-year-old holds an impressive record in professional boxing, as he has won 23 of his 24 fights to date, with his only loss coming against Billy Joe Saunders in November 2014.

Since then, Eubank Jr, has enjoyed routine successes against the likes of Tom Doran, Nick Blackwell and Gary O’Sullivan, and promoter Eddie Hearn believes the middleweight could be in-line to face the winner of the Golovkin v Brook bout.

Hearn told Sky Sports: “There is a huge future for Chris Eubank Jr.

He can fight the winner later on in the year. He has got a big future ahead of him.

He misses out this time but I am sure he will get his shot in due course.”