Anthony Crolla plans to battle on after Jorge Linares defeat 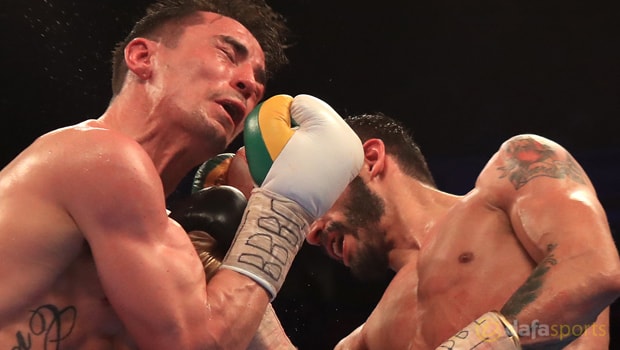 Manchester lightweight Anthony Crolla insists he will continue to box but conceded he was beaten by the better man as Jorge Linares defended his world titles on Saturday night.

The Venezuelan beat Crolla in September to win the WBA lightweight title but he returned to the Manchester Arena to defend his crown.

In their first fight Crolla pushed his rival all the way but Linares proved his class in more convincing fashion as he cruised to a unanimous points victory.

All three judges scored the fight 118-109 in his favour and he was unlucky not to register a stoppage victory.

Linares, a three-weight world champion, sent Crolla to the canvas with an uppercut in round seven but the Englishman dug deep to see the bell.

He suffered a serious cut and a broken rib in the fight but the 30-year-old is adamant he will continue, with a move up in weight a possibility.

Crolla told reporters: “I’m gutted. I genuinely gave it everything but it wasn’t enough. I lost to the better man tonight.

His movement was very good, his variety too. He came back better [from the first fight] in most departments.

“I’ll go away, spend a bit of time with my family and then assess things. We will see how long the injuries take to heal.

I’m 30 years old, and even though I’ve been in the hard fights, I live well. I love this sport.

“Physically I feel strong, so light welterweight is something I’d consider for sure (with the right notice).

It’s an option down the line. I’d grow into it.”