Posted by Vincent Henderson on September 5, 2017 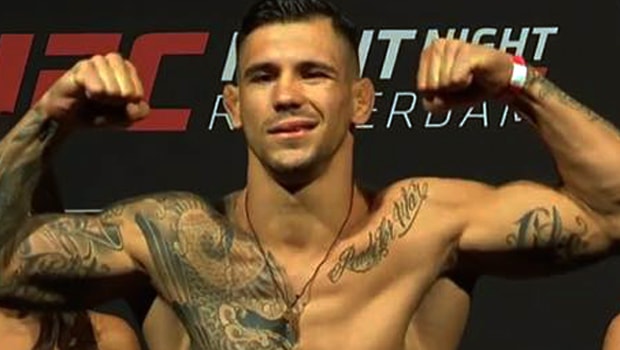 Aleksandar Rakic is aiming to dominate the light heavyweight division over the next few years following his latest victory over Francimar Barroso at UFC Fight Night 115 last Saturday.

The Austrian secured the victory over his experienced opponent via unanimous decision and he has now won nine fights in a row since losing on his professional debut to Christian Radke nearly six years ago.

The 25-year-old is now hoping to become the dominant force of the light heavyweight division for years to come, although he knows he is not yet the finished article.

“I want to improve a lot,” Rakic said. “I want to be – every fight to be better and better.

I want my striking, my grappling, my wrestling to be better. And I want to show it in every fight.

I think in the next few years, I have to take over the light heavyweight division.”

Rakic admits he is not the only young fighter looking to take the division by storm, as he believes a new era of light heavyweights are starting to come through.

Rakic insists he does not know who he will take on in his next fight, but he is happy to face any opponent the UFC offer him.

“Whomever the UFC gives me, I will take the fight and show that I am better than this performance,” Rakic confirmed.