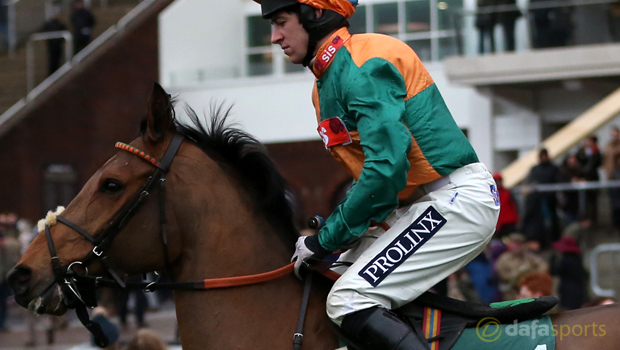 Warren Greatrex is confident Cole Harden can retain his World Hurdle title at Cheltenham next month with the trainer saying the gelding looks like a ‘million dollars’ right now.

The seven-year-old secured a stunning win in the event last year after beating Saphir Du Rheu and Zarkandar, who finished second and third respectively, by a comfortable margin.

Greatrex’s charge is yet to triumph since the success at Prestbury Park but the performances have been encouraging in the lead-up to the coveted Festival.

A second place was picked up at Aintree in April last year in the Silver Cross Stayers’ Hurdle before back-to-back third positions were recorded at Newbury and Cheltenham.

Big Buck’s was the last horse to successfully defend the World Hurdle crown with the Paul Nicholls-trained charge winning from 2009-2012 after some sensational performances.

Greatrex is feeling confident about Cole Harden’s chances of putting together a serious challenge for the title and the trainer believes the defending champion is in better shape than 12 months ago.

In an exclusive interview with the Racing Post, he said: “He looks a million dollars and I’m very happy with him. He’s a stronger horse this year and we’ve been there and done it in the World Hurdle.

“We know we’ve performed at the highest level on the day and, although I’m wary of other horses, I wouldn’t swap my fella.”

Thistlecrack is the firm favourite at 2.10 to win the race with Colin Tizzard’s gelding racking up three consecutive victories at Newbury, Ascot and Cheltenham.

Vroum Vroum Mag is next in the market at 6.00 and the seven-year-old, who is trained by Willie Mullins, is in superb form having won the last eight outings.