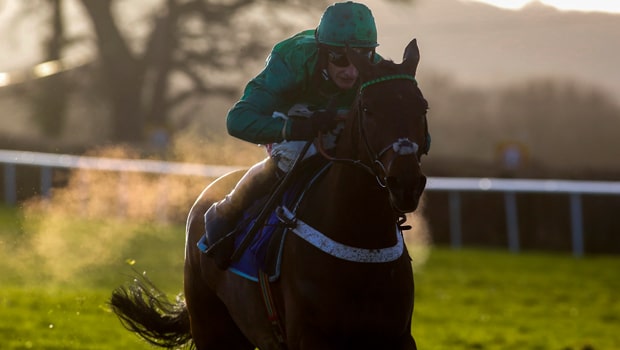 Connections are confident Top Notch can improve and become a leading contender for this year’s King George VI Chase at Kempton.

The seven-year-old was last in action in April and won at Sandown before being rested for the start of the 2018/19 jumps campaign.

The bay gelding won three of his five races last year but Nicky Henderson’s charge could step up to three miles for the first time in his career on Boxing Day this Christmas.

Top Notch looks set to go over hurdles to get his campaign underway before then returning to fences later in the year.

Confirming the team’s plans, Anthony Bromley, racing manager to owners Isaac Souede and Simon Munir, said: “It would be nice to build him up to winning another Grade One chase, as he won three Grade Two races last season.

“I think he will have a similar path to last season. He might get a prep run at Aintree in the hurdle he ran in last season.

“That’s what we were thinking of doing if the ground is safe, which would be a nice pipe-opener over two and a half and then go for the 1965 Chase at Ascot which he won last year. That would be his first target.”

He added: “The King George was a race which we would like to have thought about last year, but when the owners had Bristol De Mai in the race and he was chasing the £1million bonus at the time, it did seem silly to have two in the race.

“He could be a horse that could sneak himself into the reckoning if he was impressive at Ascot. If he wasn’t, we would just go for another Peterborough Chase.”