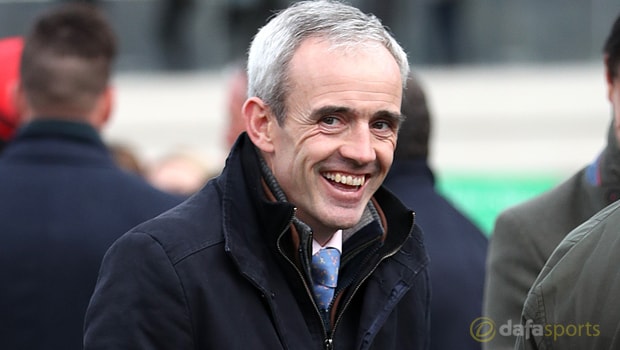 Ruby Walsh is closing in on a return to racing as he seeks to step up his preparations for next month’s Cheltenham Festival.

The Irishman has ridden more Cheltenham winners than anybody else but he has been sidelined since breaking his leg in a fall from Let’s Dance at Punchestown in November.

Walsh has always been confident that he would return to fitness in time to be in peak shape for Cheltenham and, while not getting back just as quickly as he might have wanted, he is close to being back in the saddle.

“Initially, I would have said I’d be back race riding for the Red Mills Chase Day at Gowran Park (this Saturday), but that was probably a bit unrealistic,” he said.

“I could even be riding out by the end of next week. Things are going well; I just need to be patient and not do myself any damage. There’s no real pain any more, but things can’t be rushed.

“I’m happy with the progress I’ve made, although as a natural optimist I would have preferred that to be even quicker. Once the doctors and physiotherapists are happy, that’s good enough for me.”

The Cheltenham Festival begins on Tuesday March 13, with Walsh set to have a prime book of rides for his boss, Willie Mullins.

The pair may team up with Faugheen in the Champion Hurdle on day one, as the 2015 hero bids to regain his crown.

Faugheen is 7.00 to win the Champion Hurdle at Cheltenham, with Buveur D’air 1.40 to retain his crown.