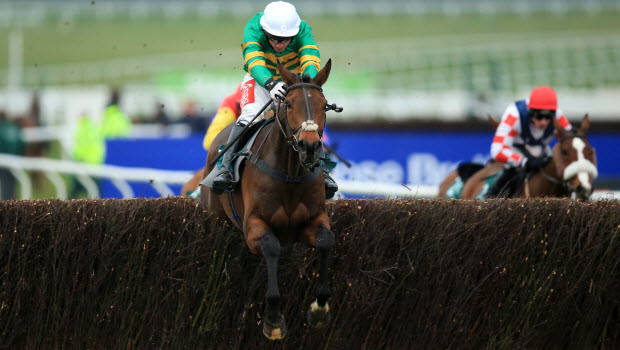 Trainer Jonjo O’Neill has admitted that he has yet to decide where to run Minella Rocco next as the Cheltenham Festival hero prepares to make his comeback.

The six-year-old has been in training since March but big things are expected of him following a strong end to last season.

The point-to-point winner was unbeaten in his first two starts over hurdles as he tasted victory at both Kempton and Newbury in 2015.

O’Neill then decided to run him over fences following a nine-month break but he finished last in a three-horse race at Haydock.

He was then pulled up at Cheltenham and doubts started to creep in before he finished second in the Reynoldstown Novices’ Chase at Ascot.

The bay gelding returned to Prestbury Park in March for the National Hunt Chase and stormed to victory at the Cheltenham Festival.

Minella Rocco beat Native River and Measureofmydreams on that occasion in what was a gusty display.

O’Neill is now pondering his options for the JP McManus-owned star, with the Grand National also on the agenda in the future.

However, O’Neill admits he does not want to get too carried away at the start of the campaign.

“He might start off at Ascot, or he could go to Carlisle, depending on the ground,” said the Jackdaws Castle handler.

“It probably looks like he could be a Grand National horse, but he’s only young and we’ll see how he goes early in the season.”