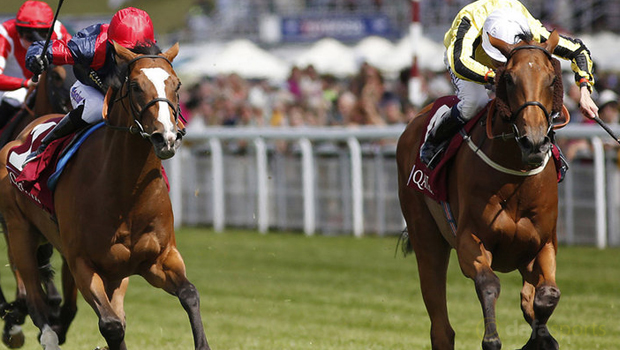 Michael Bell is willing to be patient as he looks to get his leading stayer Big Orange back into action.

The trainer has pointed to the soft ground that prevailed at Royal Ascot as a reason for missing the Gold Cup earlier this month and he is instead targeting next month’s Goodwood Cup as well as a possible return to the Melbourne Cup in November.

Double Trigger in 1997 and 1998 was the last horse to win back-to-back renewals of the race and Bell hopes to have his charge ready for a repeat bid on July 28.

Big Orange could make his return at Sandown as he gears up for a return to Goodwood.

“We swerved going to the Gold Cup at Royal Ascot with him as the soft ground would not have been suitable for him there,” said Bell. “All being well he will go next for a Listed race at Sandown Park on Eclipse day (Coral Marathon).

“We wouldn’t run him in both the Princess of Wales’s Stakes (at Newmarket) and the Goodwood Cup again this year.

The only way I would really consider Newmarket was if he didn’t go to Sandown for some reason.”

Big Orange travelled strongly in the Melbourne Cup last November, finishing a credible fifth, and Bell says a return to Flemington is very much in his thinking now.

The horse is fine fettle according to his trainer, with the ground the only thing preventing him from a return to action.

“Big Orange has been in great form at home. It is just that the ground has not been suitable for him so far this season as he is a better horse on good ground.

We will see how his summer campaign goes first, but it is possible that he could go to Australia again later this year,” Bell added.