Posted by chris schweizer on November 6, 2017 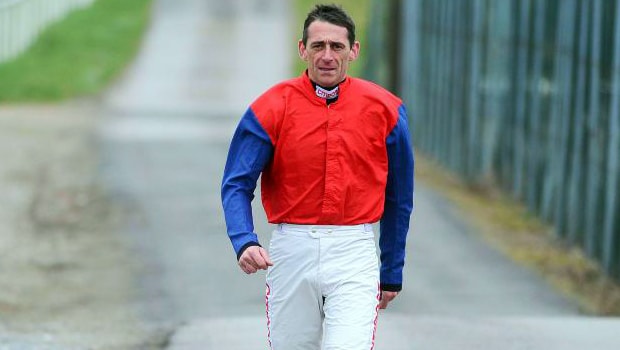 Jockey Davy Russell has admitted he cannot wait to see how far Presenting Percy can go following his superb win over fences at Galway last month.

The six-year-old returned to action after a six-month break, with connections sending him over fences for the first time.

The bay gelding grabbed the headlines in March as he won the Pertemps Final at the 2017 Cheltenham Festival.

He followed in the footsteps of stablemate Mall Dini by winning the race and both horses have won over fences in the last two weeks.

Presenting Percy could run in the RSA Chase at next year’s Festival and he is priced at 13.00 to win the race and Russell is optimistic about the future.

He told reporters in Navan: “He’s a lovely horse, I really like him, and he’s a horse with lot of ability. He’s a 159-rated hurdler and he jumps fences really, really well.

“He took really well to jumping a fence and was a joy to ride.

“He’s not over-big, not that robust and not your typical chaser, but he does have a lot of ability and is a gorgeous horse. He’s a lovely horse to have anything to do with.

“Going down into the dip in Galway, he’d put in a fantastic round of jumping, and he took a big heave. I said then ‘we’ve done things really, really nice’.

“I thought the runner-up [De Plotting Shed] was going to come and have another go at me, but to be fair to my lad, he ran into the hill really well. He’s a horse that really enjoys racing.”